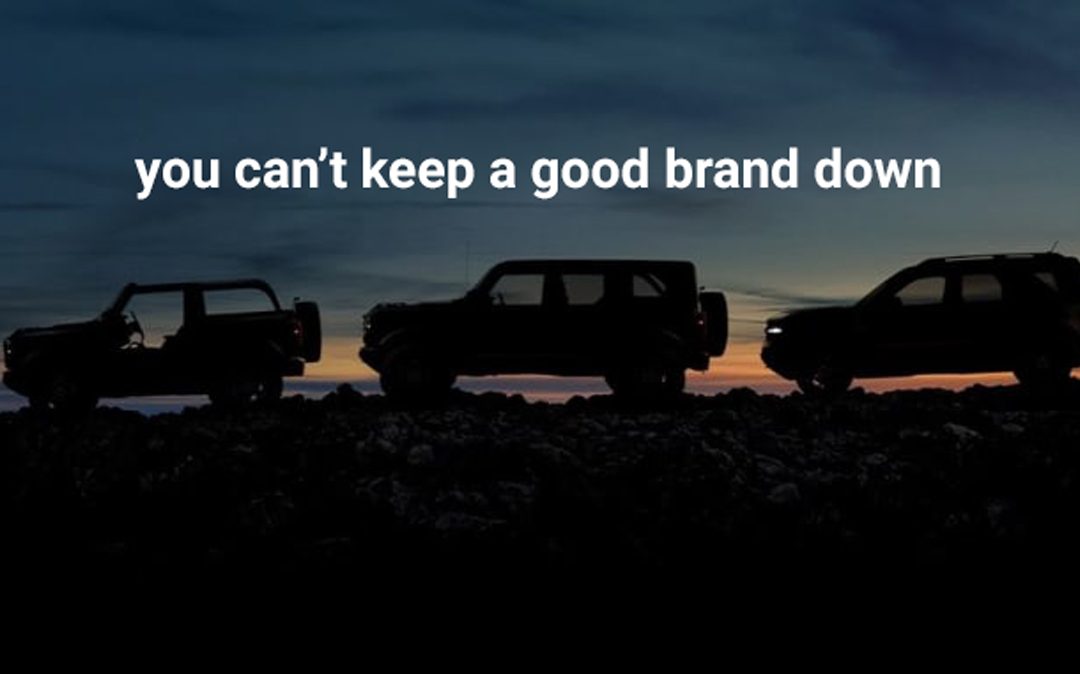 brands back from the dead…

Do you remember that moment in the 1931 movie version of Mary Shelley’s epic horror story ‘Frankenstein’, when the black and white flashes of lightning struck the towers and electrified the lifeless monster… and he starts moving his fingers and Dr Frankenstein screamed… 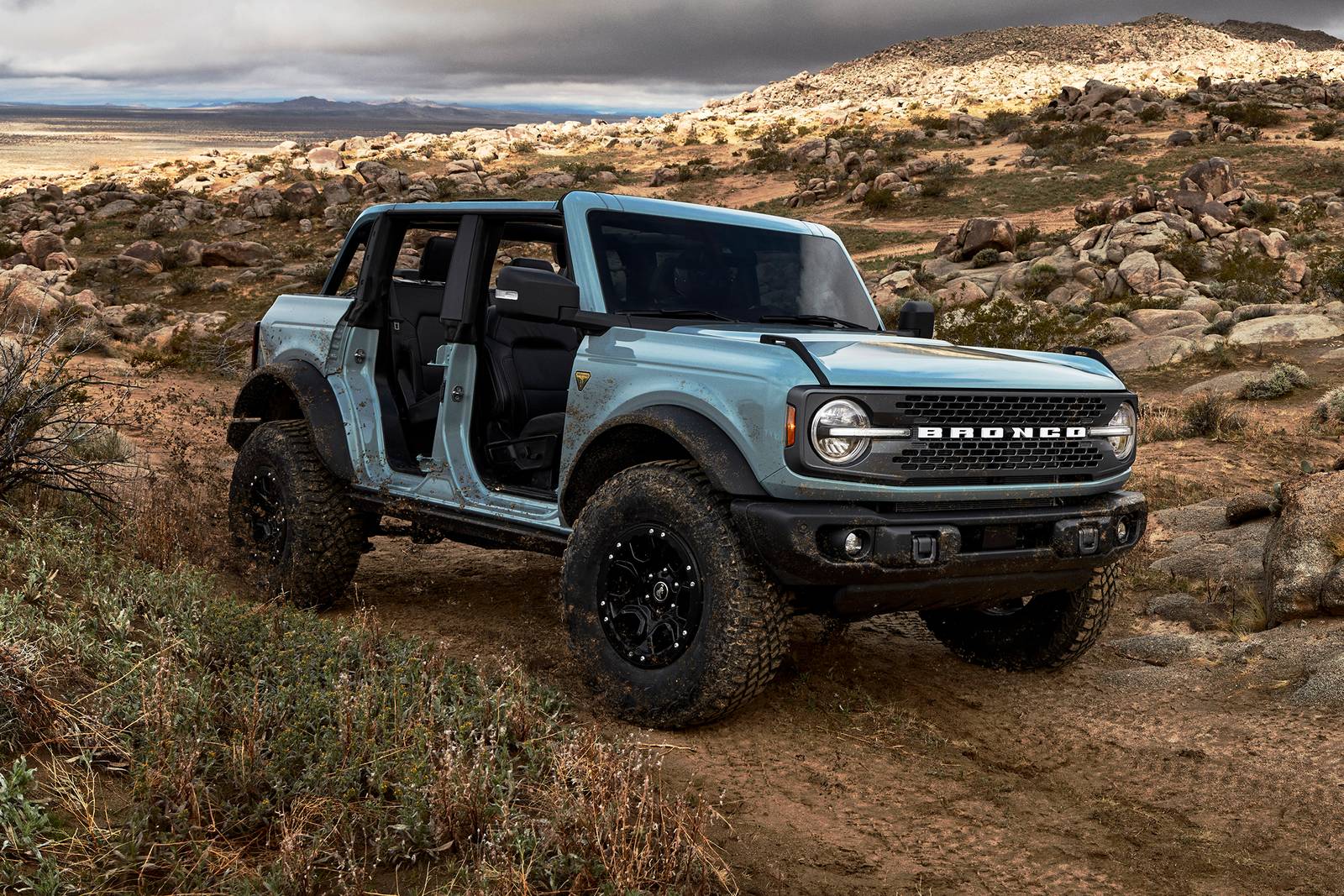 In July of 2020, the Ford Motor Company did an epic teaser countdown campaign, announcing the resurrection of their famous Bronco brand. The online countdown featured a silhouette photograph of a new interesting vehicle line and announced the return of an old brand that had died in the 90s and featured a sign up for details form… of course, I signed up.

My first SUV was a 1989 Ford Bronco II, in Canyon Red with a 5-speed manual shifter and locking wheel hubs that you had to physically switch a dial on the wheel by hand to put it into 4×4. It was a beauty. The first weekend me and my friends put miles through mud, trails, and washboard gravel roads on that bouncing wishbone suspension.

Ford is one of those brands that understands the emotional tie that a name can trigger.

The Bronco was initially launched as a mid-size off-road vehicle in 1965 way before the term SUV was a thing. It was a two-door vehicle based on a beefed up chassis and had a detachable roof and their answer to compete with the Jeep CJ… It was loved by construction workers, campers and surfers. In 1977 the full sized 4-door version hit the market and eventually its name changed to the Expedition in 1996.

The smaller SUV, my Bronco II, entered the marketplace in 1984 and fought the Jeep and GMC Jimmy, until it was morphed into the Ford Explorer in 1990 (which was my ride for the next three vehicles… I was a Ford guy back then).

This iconic nameplate sat on a shelf in a Ford boardroom collecting dust and forgotten about, until the marketing teams thought the time was right to resurrect the past. The 2021 version brings the emotions of the early days of off roading with the comfort of modern technology and removable doors and roof panels once again targeting the lucrative Jeep market.

Ford understands how successful reboots can be. 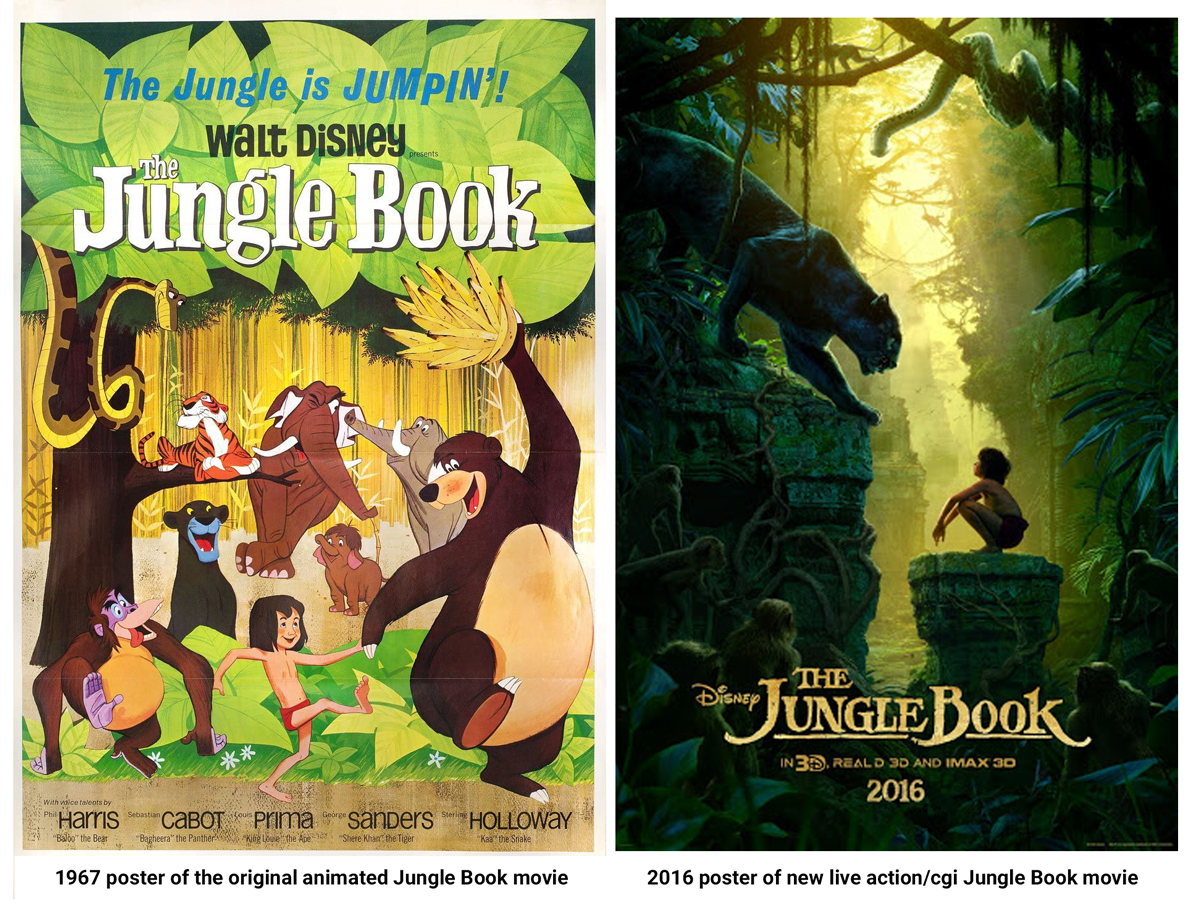 When you look at the success of the recent remake of a movie like ‘A star is born’, it is no wonder that the rebirth of the Bronco is happening now.

Disney gets it too. Their business model is to remake all of their key stories like the 1966 animated classic ‘The Jungle Book’ for each new generation in order to keep the stories alive, the movie current and the cash flow moving. Another example was the 2016 global phenomenon of the Pokémon Go augmented reality mobile app which brought the vintage game back to life.

It’s always great to see a old friend pop out of nowhere. Just the other day I bought a 2020 version of the 1964 game ‘rock em sock em robots’ for my six year old niece and she loved it. If only I could have found her a pet rock!

We are very excited to finally see the new look of the upcoming 2021 Ford Bronco… and if the performance lives up to the style, we think that Ford has a winner. 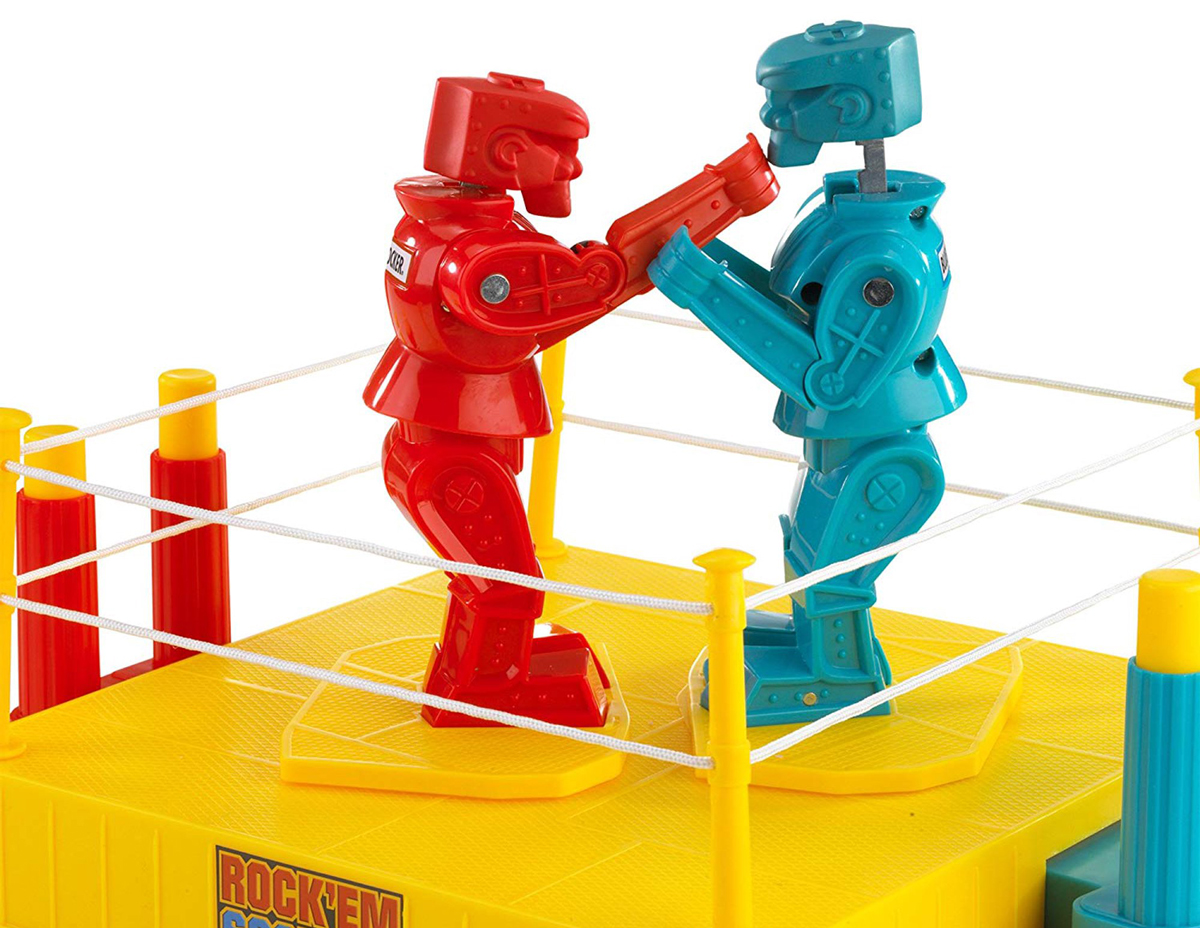 Take care, and let us know what brands you would like to see come back.

The Say What! ‘Science of Brand Chronicles’