Can a rock be memorable? 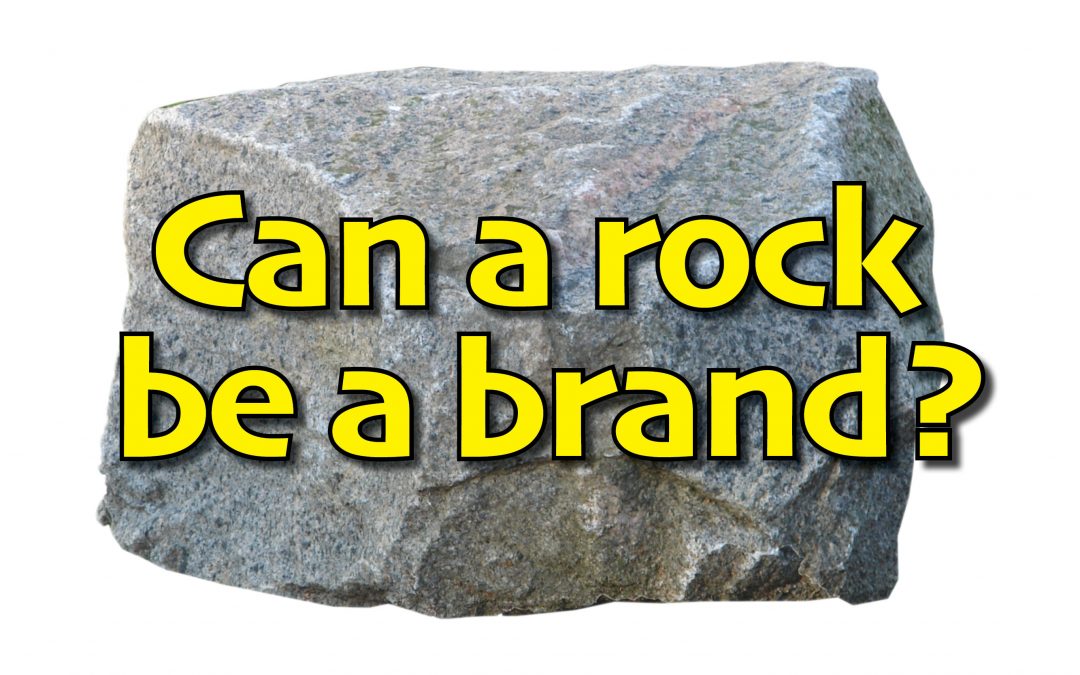 A lesson from the success of the Pet Rock… 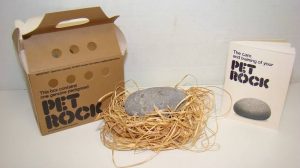 The 1975 Pet Rock concept was pure genius. Sell a rock on a bed of straw in a cardboard carrying box and include a 36-page instruction book on how to train and care for it and get people to pay $3.95! When you consider that in just over six months, Pet Rock sold over 5 million units… which resulted in over $15 million in sales! That was simply brilliant marketing and very profitable.

So 15 years later, when Harry, my marketing partner, called me into a meeting and told me that he had just purchased a bankrupt rock quarry by his cottage, I thought ‘what can we learn from the Pet Rock’.

Harry’s briefing for the quarry was perfect. He outlined a strategic 20-year brand marketing strategy in 12 words: “create a brand that people who don’t use the product would wear”.

His example was how a small cottage bar called the Rockcliffe Hotel in Minden, Ontario had been able to become one of the most well-known brands in Canada by selling their t-shirts to people who had never been there… and this is before online sales!

The two most incredible points about the marketing of the new quarry, number one, Harry knew nothing about the rock industry, and number two, he didn’t care… he wanted to build a brand and learn the business.

As with all branding programs, we first developed the brand personality, which was focused on the foundation of being “fun, memorable and totally different than any other rock quarry”. 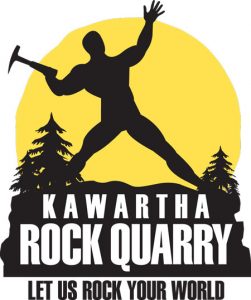 Based on that tone, our brand design program was easy – create something that people would remember and wear. Our answer, “let’s create a mascot!” We developed a simple silhouette of a Thor-like character swinging his stone crushing hammer with the sun behind him and trees around him – he became known as the “Kawartha Stone Man”.

Harry, the genius marketer, nailed the perfect URL, LetUsRockYourWorld.com and we were online quickly.

The business plan was a simple one. In an industry where no one really had a USP (unique selling proposition), we would create one that would be based on ‘customer service’. Kawartha Rock Quarry would treat their clients as people, and they would earn their client’s business by providing top-level customer service and products. This approach is the business model of the service industry, not the business model of the commodity-based rock industry. The competitors ran on a model of scarcity, limited availability and demand, and client service was invisible.

As the business developed, the world of brand marketing and consistency went into action with messaging and humour through direct mail, online, advertising and billboard campaigns.

The big home runs were delivered by “making noise” at landscaping trade shows. In an industry that was filled with “me too thinking” and boring and dull displays, experiential marketing provided us the perfect blank canvas to create memorable experiences. This is marketing 101 – how to get noticed in a crowd… “be different”!

And “different” the Kawartha booths are.

We continually push the envelope and create an engaging and memorable experience in a small 200 square foot booth that the Industry talks about all year. This has many of them asking “what are they going to do this year?”.

The exhibit theme changes annually, but always focuses on new development in the business. Kawartha has evolved from providing big chunks of landscaping rocks to the industry experts of custom cut products that allow their customers to expand their product and service offerings. 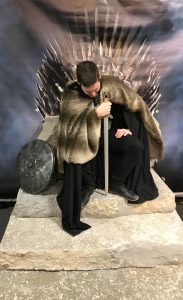 The most important aspect of this brand is the “buy-in” by everyone on the team. And they do this hands down.

For the 2020 show, we developed a spin-off of the popular HBO show “Game of Thrones” and called it “Game of Stones”. This experience was complete with a custom cut three-ton “Kawartha stone throne”. A totally shareable Instagram moment for visitors to sit on for their photos. The exhibit is complete with house banners and the team dressed in costumes of GOT characters. These are true brand ambassadors at work.

People always take notice of the Kawartha team. One year we dressed the team as Elvis, Slash and Rod Stewart and the booth was a rock stage complete with a concert truss lighting system. 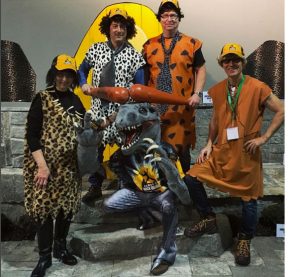 And then there was the time the team was in full Flintstones attire with Fred, Wilma, Betty, Barney, Pebbles and BamBam along with a life-size recreation of their ‘Bedrock house’ from the fabulous 1960s cartoon series. This also featured two branded dinosaurs running the trade show floor for three days getting their photos shared in competitors booths on their social media channels!

Marketing, it’s all about experiences that make people take notice and help position your brand to be ‘top-of-mind’ with your audience.

Now you may be wondering about that initial briefing objective about getting people to wear the brand? Over the past 12 years, Kawartha has distributed over 15,000 top quality branded ball caps. These hats are being worn around the globe by a lot of people who don’t know what an armourstone step is, but when they find out and want to install some, they’ll ask for those rock steps from that funny stone man on their hat.

Do you still have your pet rock?