What’s your memories of the 10s? 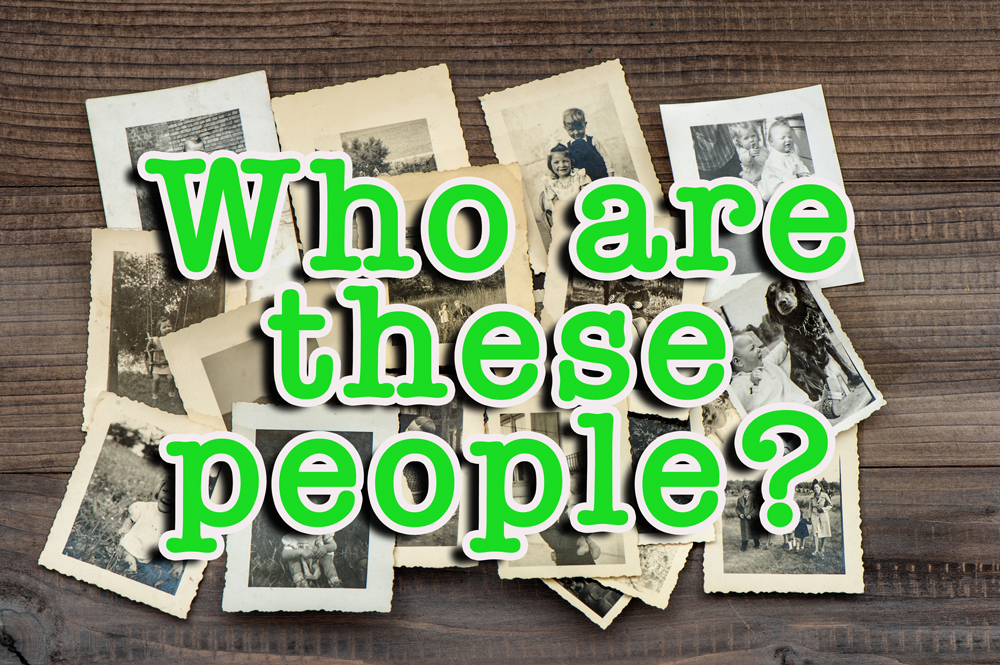 The average Canadian can expect 82 years according to recent reports… that’s 8 decades… each decade is an important chapter of your life… and charting each decade is a fantastic opportunity to build your life story so you can share your legacy with your family.

The team at say what! is currently developing an app to help you chart your past. If you’d like to learn more, pop me a note at grant@saywhat.com But until we launch the app, here’s a way to help you record this decade.

My father was so right… when I was a teenager taking endless photos at parties and events he told me to write the dates and people’s names on the backs of the photos, because “down the road, you’ll forget”. Of course, I didn’t and of course, he was right. I now have a case of photos that I’m not sure what year it was from (forget about a month) and many people in those moments I don’t remember who they were.

And as time and technology advance it’s not getting any better… so here is a way I challenge you to build your history of the last decade, and then do the same for your previous decades… and then you have started your history.

To make it simple, just answer the following 10 questions and explain what made these special to you. I have included my answers below as an example.

Here is an interesting observation from my wife – she was at Christmas Mass and the priest told the over 500 parishioners to step back and take one minute of silence to reflect on what they were most grateful for in their lives. At the end of 60 seconds, he would count to 3 and everyone would shout out their answer… and when they did, the entire building shouted out the same word… which you’ll find out below in my 10 memories of the 10s.

My memories of the 10s

For some of my answers, I could not just record one memory so I listed more. I am fortunate to have had too many incredible moments that will stay with me for life. Here are my memories of the 10s:

1- My favourite song of the 10s
Over the 10 years, there were so many memorable songs, but for me, the one that I still pump the volume on is the epic tribute to the boss by Eric Church “Springsteen”…. this song captures every aspect that a timeless song should do… it takes you to a point in time and paints a picture and delivers a chorus for to sing along with. “Funny how a melody sounds like a memory like a soundtrack to a July Saturday night… Springsteen”

2 – My favourite movie of the 10s
October 2018 – Bohemian Rhapsody – we waited with bated breath and got tickets at the VIP theatre on opening weekend with the band to watch the history of Queen come to life and loved every moment of it.

3 – My favourite entertainment experiences of 10s
November 2012 in Toronto – our band’s epic 3-night gig at the Edmonton Eskimo’s Grey Cup party in Toronto playing in the main room of the Toronto Sheraton Centre to crowds of over 2,000 football fans from across Canada nightly… it was our band’s highlight with incredible fun and football craziness… so amazing to be part of a Canadian tradition. 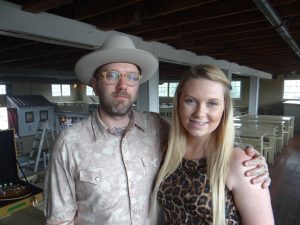 July 29, 2013, at the Key to Bala – a private performance for me and my daughter on her 16th birthday at the sound check for City and Colour at the Key to Bala including meeting up with one of the worlds top songwriters, Dallas Green for a photo session, chat and signing of Laura’s Airline Dallas Green guitar… an ultimate experience of a lifetime for both of us.

September 21, 2019, in Nashville… when 22 of us, including our band and friends, took over Broadway and did a rocking hour and a half concert from a trailer pulled by a tractor on Saturday night bringing rock to the heart of Country Music USA. Click to checkout the photobook

4 – My favourite travel experiences of the 10s
January 2011, Aruba… all of our band family had an incredible tour of this beautiful island and had epic fun and adventures including one epic early morning deep sea fishing day in the 6-foot swells and landed a catch of two barracudas and two Wahoos and brought one back to the resort for dinner… 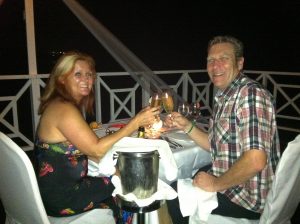 February 2014, Jamaica… a trip celebrating our 30th wedding anniversary with a candlelight dinner on a private deck with the crashing waves and a star-filled Jamaican sky.

October 2018, Quebec – to celebrate our 35th anniversary we caught the last trip of the season to go whale watching on the Saint Lawrence in a Zodiac with epic sightings of 90 foot long greys breaching within our arm’s length while also discovering the ultimate cold of the wet waters of Quebec. 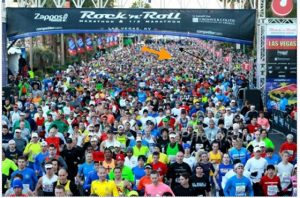 5 – My physical fitness moment of the 10s
December 2011 Las Vegas – The Rock’n’Roll Marathon – to celebrate our anniversary, we ran a full 42 km marathon which started at 4:00 pm with Cheap Trick opening the Marathon with over 40,000 other runners from around the globe and we ended up running through freezing rain along the main strip and watched the lights of Vegas come to life… and we all froze our asses off! 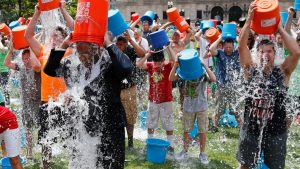 6 – The international event of 10s that stayed with me
With so much doom and gloom in the news, weather and the negativity in world politics, it’s hard to pick an event because they all blend into a blur. So I’ll say that it was the 2013 Ice Bucket challenge and the way it demonstrated the power of social media working as a medium to bring awareness to a not well-known disease like ALS. 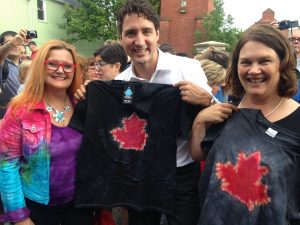 7 – The local event of the 10s is that is part of my memory
October 2015, Stouffville – In the midst of the federal election our friend and future Minister of Health, Jane Philpott arranged a meet and greet with the future Prime Minister and super nice guy, Justin Trudeau for my wife and me, and we had the opportunity to present both Justin and Jane with an original custom maple leaf tie-dye t-shirt made by Jo. 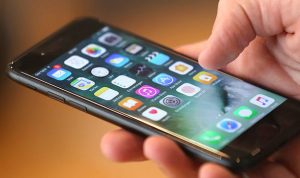 8 – The technology of the 10s that affected me the most
By 2010 my iPhone was already 3 1/2 years old, but during the 10s it changed from being my phone to be my connection to everything and over the next 10 years who knows what else it will be… But I still refuse to wear an iWatch, and don’t use or trust Siri, and don’t want more smart technology like Alexa or a Hey Google or a Nest in my house.

July 22, 2013 – we lost our good friend Spike, a creative sound engineer, producer and a big part of our family.  Click to hear “Saving the World” written by Spike and Kenny Maclean. 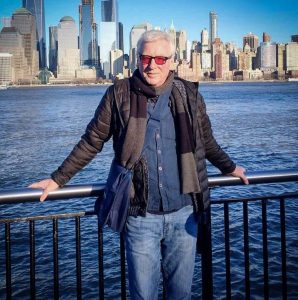 March 2, 2018 – we lost my long-time partner in design, Andrei Talbot. He was a talented creative person with a passion for music and helped to build the Toronto music scene. 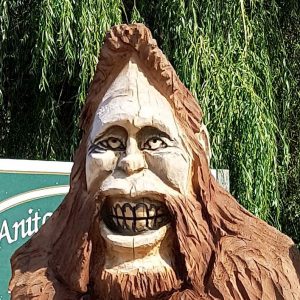 10 – Nicest thing someone did for me
May 2019 – my wife surprised me with an early birthday gift and brought home a 300lb carved Sasquatch that has become part of my life and our neighbourhood.

So in case, you haven’t guessed what the word the churchgoers said, it was “family”. No one really remembers what they got for Christmas or for their birthday seven years ago, those are just things. Memories of family, friends and events are all we really have, and tracking them is a great way to keep them.

Welcome to the 20s… start tracking your memories now for this year and try to rebuild all those that have past.